TIMOTHY: I remember on the top steps at 330 west 51st st. You tried to warn me you almost saved me.You were tough as you still are now. You were really skinny with shoulder length hair. I guess you and Petra together give each other strength. Unfortunately I am alone. I am trying..It is has not been easy for me.
I have been tortured since 2003 I knew someone was following me and doing things to me but I was not sure what it was until I did some research and you confirmed everything for me. I just kept moving and there they were waiting for me. It’s disgusting!         Keep yourself well, you are courageous and intelligent.

REPLY: Yes, 330 west 51st street in NYC is a government ‘safe house’ used forCovert drugging with LSD like compounds and exposure to nano-tech and toxins is an everyday experience for the poor souls there.

Most victims never even figure out what is being done to them.

Some have been murdered to keep the secret.

We managed to MOVE out of the hotel in hells kitchen, now owned by a company calling itself the “lantern group“. Sounds like the Illuminati to me. More likely some insane intelligence cabal testing the newest in mind & information warfare technology.

An EVIL place, right smack dab  in the middle of some of the most expensive real estate in NYC.

The depth and breadth of this conspiracy would boggle most newbie conspiracy researchers, too say the least. Take a look at the money trail and check out a company called “related companies” here in NYC. they have been buying up as much of midtown as they can, billions in investments, and it seems they have a connection with the secret mind control agenda folks.

MIDTOWN MANHATTAN, what a great place to test out the latest in coercive mind control technology.
Don’t yet believe it is real?
Then YOU are A victim OF THE LIES and PROGRAMMING fed to us all each day through the TV and media.

Don’t think they are in on a global conspiracy, embedding the entire population with tiny nano microchips bringing us each online one at a time so the super computer may read and interact with our brainwaves, making us all virtual avatars, human robots, slaves for the system.

Think on that for a few and get back to me. 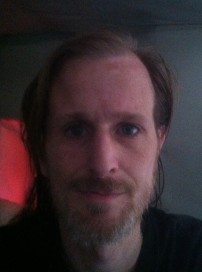 I am a victim of human experimentation MK-ultra mind control Morgellons nanotechnology syndrome & remote neural connectivity. I am an artist, inventor, musician, thinker, lover, human being who cares for all humanity & all life. I believe people should endeavor to live in peaceful cooperation rather than brutal waring survival of the most brutal. We live in a forced false-paradigm and I desire to wake people up from the 'trance hypnotic mind control programming' to the 'TRUTH of light and love'! Blessing and peace. Justice to all who suffer under tyranny. Compassion for all beings. May GOD have mercy on us all.
View all posts by Timothytrespas →
This entry was posted in Uncategorized: However, still important enough to read anyway, regardless of categorization. and tagged 330 west 51st street nyc, conspiracy, electromagnetic, experimentation, genetic, human experimentation, inner dialog, lantern group, lsd, manipulation, microwave, Mind Control is HERE NOW and being used on entire population in the USA and abroad. embedded microchip marking of all human assets via bio-nanotechnology is real, possible, and being done to us as we , safe house, testing, timothytrespas, torture. Bookmark the permalink.

6 Responses to TimothyTrespas: non-consensual human experimentation into mind control using nano-technology, electromagnetics and supercomputers to read human thoughts and emotions, and control them in real time.