INTRODUCTION to LASERS and LASER technology

The term “Laser” is an acronym which stands for “Light Amplification by Stimulated Emission of Radiation“ and is basically a device that converts energy into light.

This laser beam, as opposed to ordinary light sources, is monochromatic, directional and coherent. These properties allow for lasers to be projected over long distances thanks to their extreme brightness without spreading significantly and to be focused to a very small spot, which results in a very large power density, acting almost as a true point source.

Inside the laser cavity light gains intensity by oscillating through the gain medium (also called the lasing medium). In most lasers this medium consists of atoms which have been “excited” by means of an electrical current or light (e.g. by a flash lamp). Gain medium can be of any state: gas, liquid, solid, or plasma.

This process of transforming atoms into their excited states is called “pumping”. Once excited, atoms convert this stored energy into light in a process known as “stimulated emission”. Light then travels back and forth between the two reflecting mirrors and is reinforced by constructive interference only at specific wavelengths, called longitudinal modes of the cavity.

The exact wavelength(s) at which emission occurs are determined by the gain bandwidth of the gain medium, the spectral characteristics of the cavity mirrors and the longitudinal modes of the cavity at which constructive interference occurs. The cavity also controls the so-called transverse modes, i.e. the electromagnetic field pattern of radiation measured in a plane perpendicular to the propagation direction of the beam.
Lasers can emit any number of transverse modes, of which TEM00 is usually the most desirable.

Laser output is, in fact, usually described as what percentage of the total beam intensity is in the form of TEM00.

Lasers can be classified according to the type of gain medium used to generate and deliver the laser beam:

The output beam of most lasers can be accurately modeled as a Gaussian beam. A Gaussian beam is a beam of electromagnetic radiation whose transverse electric field and intensity I (irradiance) distributions are well approximated by a Gaussian function:

Where
r = radial coordinate
z = longitudinal coordinate (along the optical axis)
w0 = beam waist, i.e. the semi-diameter of the laser beam at its narrowest width (at the 1/e2 intensity point) I0(0,0) = intensity at the center of the beam at its waist
w(z) = beam width, it is the distance from the beam axis (r = 0) where the intensity drops to 1/e2 (≈ 13.5%) of the maximum value
In a diffraction limited Gaussian beam, beam width w(z) (also called spot size) varies according to the following equation

Where,
λ = laser wavelength
z = longitudinal coordinate (along the optical axis)
w0 = beam waist, i.e. the semi-diameter of the laser beam at its narrowest width

Beam divergence θ is an angular measure of the increase in beam width (or radius) with distance from the optical aperture from which the laser beam emerges. In other words it is the angular spreading of light waves as they propagate through space.

A perfectly collimated laser beam would have planar wavefronts, normal to the direction of propagation, with ideally zero beam divergence: this is obviously an ideal situation. In reality beam divergence is limited both by diffraction and optical aberrations. According to the previous equation, perfect collimation can never be achieved since θ = 0 would require an infinite beam width w0. However this equation suggests two ways of lowering divergence: the bigger the waist width w0 and the shorter the wavelength λ, the lower is the divergence θ of the beam.

Keeping λ fixed, one can lower the divergence θ by means of simply increasing beam width. This is precisely why beam expanders are employed in wide variety of laser systems.

Unfortunately, the output from real-life lasers is not truly Gaussian. A quality factor, M2 (called the “M-square” factor), has been defined to measures the difference between an actual beam and a theoretical Gaussian. For a theoretical Gaussian TEM00, M2=1 while for a real laser beam, M2>1. M2 value of a laser may be calculated using the following expression

If M2=1 the focused spot is diffraction limited and the product of width (w0) and divergence (θ) is the smallest possible.

The equation for calculating the spot size of a laser beam focused by an lens is given by:

Laser beams often contain high energies that might damage sensitive optical components. The most common type of laser damage is physical deterioration at coated optical surfaces (e.g. pitting, erosion, melting, or delamination). Fracture and discoloration of the bulk optical material are also often encountered. The two main mechanisms that cause laser damage to an optical coating are dielectric breakdown and thermal absorption. Usually small defects or impurities in the optics absorb laser radiation preferentially. As they heat up and expand, they may cause melting or thermal stress fracturing of the surrounding material. Alternatively, they may just vaporize violently, physically pitting the surface.

Therefore it is useful to identify a Laser Damage Threshold (LDT) of pulse intensity below which no damage is likely to occur. The most common definition of “threshold ”is the value at which there is zero probability of laser damage.
Reducing impurity levels and controlling surface fabrication defects are key strategies for making high damage threshold optics. Continuous wave (CW) lasers typically cause damage from thermal effects (absorption) while pulsed lasers often strip electrons from the lattice structure of an optic before causing thermal damage. LDT is usually expressed in J/cm2 (conditions such as pulse duration and pulse repetition frequency are also specified). LDT scales with wavelength, so the damage threshold at 532 nm will be half that at 1064 nm.

Compared to conventional processes, lasers offer advantages due to their speed, accuracy, and ability to handle widely diverse operations including cutting, welding, drilling, engraving and marking. Different applications need lasers with different output powers. Lasers that produce a continuous beam or a series of short pulses can be compared on the basis of their average power.

Regarding laser marking, lasers create marks in materials by either engraving the surface, vaporizing the material to a user-controlled depth or modifying the surface color or texture of the material.
The type of laser to be employed in a certain application and for processing a specific material is basically selected according to the delivered output power and the emission wavelength, which has to be appropriate to process the material (i.e. the material should not be highly reflective or transparent to the laser light).

Laser marking/engraving is nowadays a common option to engrave or mark a product traveling along a production line for printing expiry codes, dates and lot numbering of products (e.g. PCB marking).
A two-axis laser marking system (see Fig. 4) consists of  a laser source, a beam-positioning system, which is made up of two beam positioning elements in the X and Y directions, two galvanometers (or called galvo scanner motors) driven by a controller (usually a computer) and the beam-shaping optics, commonly called scanning lenses.
In common type laser marking/scanning systems, beam positioning elements such as a set of mirrors or rotating polygons is mounted to high-speed, high-accuracy galvanometers and deployed to move the laser beam over the work-piece surface on both the X and Y axis. This way the laser beam traces patterns onto the work-piece surface exactly the same way a pencil writes onto a paper sheet. Any type of contour may be created by combining the mirror movement with activation and deactivation of the laser beam.
Deflection of the laser beam by these so-called  “galvo mirrors” occurs in the beam path in front of the lens, therefore the scanning path lies in a plane perpendicular to the optical axis of the scanning lens.
Laser marking systems require special scanning lenses to focus the laser beam over a flat surface (the focal field), where the work-piece to be marked/scanned is positioned. F-Theta lenses are commonly deployed: these lenses are specifically designed to provide a flat focal field and a linear relationship between the distance traveled by the scanned spot and the scan angle, which is then directly proportional to a voltage applied to the galvo scanner motor. This linear relationship is accomplished by adding a specific amount of barrel distortion to the scanning lens, thus eliminating the need for electronic correction.
F-theta lenses are ideal for most marking, writing, and photoresist exposure applications.

HOW AN F-THETA LENS WORKS

Scanning/engraving systems consist of a laser source, a set of rotating mirrors used to scan across the work- piece surface and a focusing lens system that focuses the laser beam on a flat focal field.
Conventional focusing lens form images on a curved surface (Fig. 5 A) and therefore they cannot be deployed in such scanning systems: specialized flat field scanning lenses are needed in order to form an image on a flat surface.

In addition to a flat focal field, scanning/engraving systems require a uniform scanning speed, especially in those cases where the duration of exposure of material surface to the laser beam is an important parameter. A uniform scanning speed can be accomplished by deflecting the laser beam at a constant angular velocity, provided that identical scan angles (θ) are translated into identical scanning paths, i.e. the position of the spot on the image plane is directly proportional to the scan angle. 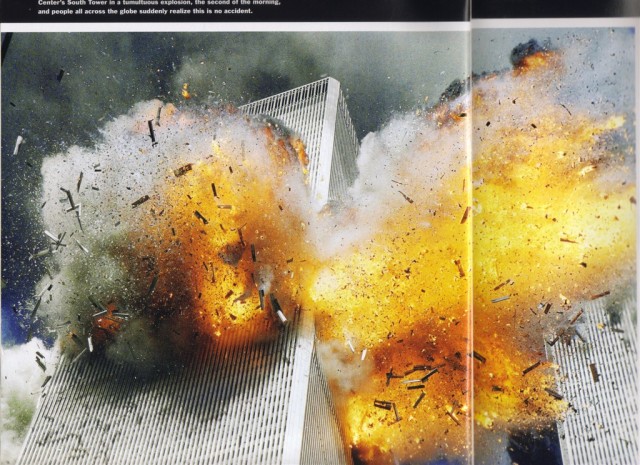