Timothytrespas:ESCAPE? No! Petra Schiller and I Leaving 330 west 51st st ny as targeted individuals.
inside of the moving van as Petra and I moved from 330 west 51st street in nyc where we were covertly drugged with LSD daily for years. Where we were constantly watched. We were irradiated, poisoned, zapped, electrocuted, subjected to high-frequency ULTRASONICS, INFRASONICS, ELF, and other noise attacks. Where we were subjected to long-term sleep deprivation, covert hypnotic suggestion, subliminal hypnosis and more.

Where we were exposed to MORGELLONS via misted chemtrails in our room, and had our entire bodies, as well as everything we owned, infested with, and destroyed/damaged by  painful biting wiggling tunneling crawling insects.

Note the burn on Petras’ face caused by insects and/or irradiation from some microwave weapon.

we were followed all the way to our new residence in Brooklyn.

The movers told us they had never been in such a spooky place, and they felt that the entire staff was involved in a conspiracy. They also mentioned that they had never seen so many biting, jumping insects anywhere in their lives!
Note the conspiratorial looks between “XXXXX” perp? and “Mr. XXXX” Perp? two (IMHO).

The building we were leaving (330 west 51st street transient hotel SRO) has since been sold to a company calling itself the lantern group, according to the information we obtained.

Perhaps named so that we would have some idea of either who it is, or who they are blaming for it.

We were tortured in the next place we moved (The WONGS) and had most everything of value stolen from us.

(NOTE: 3/24/2014 we are appearing in court to defend against a landlord who desires to have us evicted currently, after much harassment and abuse. The Landlord is working to ‘clear’ the building of tenants, some rent stabilized, it appears.

From the official records it looks like hey have been playing around with reporting rent stabilization, payments, market rent, etc. In one year, the owner sold the building to a company he either owned or was intimately connected to for $10 and ‘valuable consideration’. That must have been some consideration as he borrowed over $200,000 from mortgagees on the deed.

In Bushwick Brooklyn there is rapid gentrifying and rents are being quadrupled by greedy landlords. the whole thing is being pushed by the press and ‘artistic’ movement telling folks that Bushwick is ‘the place to be’. Why anyone would pay 4x the rents is beyond me. BUT people do not even realize they have been manipulated, nor do many seem to care that they are displacing the poor only to have to slave harder to pay a rent that was recently low enough to survive. Oh well. This effects us deeply and we could end up in the street if we are not helped and blessed by the Creator and our savior Yeshua, and the angles that serve the LORD OF SPIRITS. 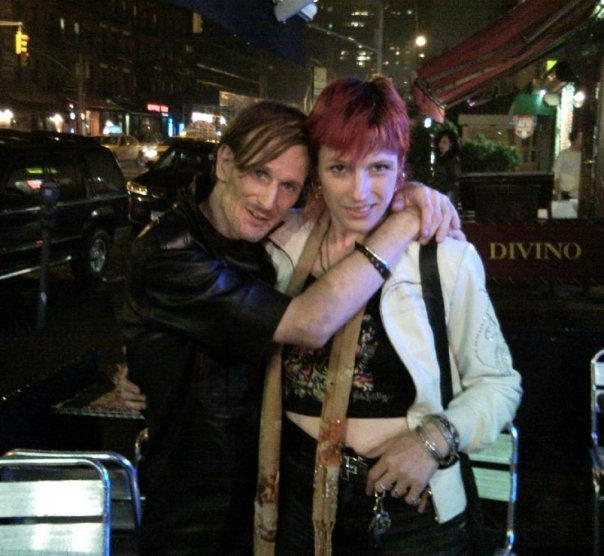 Petra and Timothy in love

When is the world going to wake up to the evil that is being done everywhere to humans by humans?

We must stop the evil with love and unity.
May GOD bless us all and have mercy on our bodies, our minds and our souls.

And may we find a way to reclaim our world from negative influences and powers and then create a peaceful reality for all instead of a fear based nightmare for most!

All text is the copy-written ‘work product’ of timothytrespas, writer, artist, human being. It may be quoted and reused without permission in all cases of non-commercial use under creative commons (modified)

I am a victim of human experimentation MK-ultra mind control Morgellons nanotechnology syndrome & remote neural connectivity. I am an artist, inventor, musician, thinker, lover, human being who cares for all humanity & all life. I believe people should endeavor to live in peaceful cooperation rather than brutal waring survival of the most brutal. We live in a forced false-paradigm and I desire to wake people up from the 'trance hypnotic mind control programming' to the 'TRUTH of light and love'! Blessing and peace. Justice to all who suffer under tyranny. Compassion for all beings. May GOD have mercy on us all.
View all posts by Timothytrespas →
This entry was posted in stories of secret torture, tracking and murder, in and by the U.S.A. intelligence community and tagged conspiracy, covert, gangstalking, human experimentation, lsd, manipulation, microwave, mind control, morgellons, nanotechnology, nwo, petra schiller., targeted individuals, timothytrespas, YESHUA. Bookmark the permalink.