The experienced symptoms of my torture…. (Die erlebten symptome meiner Folter) (Unsure if you have been targeted? Do you have any of these symptoms?)

Here is a listing of symptoms experienced by a suffering T.I.

(whose blog may be found here: http://thehuntedhuntthehunter.wordpress.com/   : ) 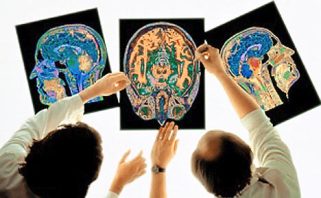 I found this list to be so poignant, I thought it needed to be shared again.  Thank you.

(for those of you who are not yet sure they have been targeted for human experimentation and eventual death, read through this list and see if you have any symptoms like these.  )

(It MAY be a sign that you are now being used as a Guinna-pig (or lab rat)  for non-consensual human experimentation. )

The experienced symptoms of my torture….

I, and my partner both  suffer currently with many of these symptoms as a result of the remote neural connectivity made possible by the bio-nano self replicating carbon nano tubules (or some related technology). 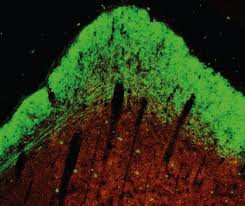 I would love to hear how many of you have symptoms like these, and any thoughts you have about what is being done to you, to us, to everyone we know and love…
Blessings, peace, and freedom from enslavement!

I am a victim of human experimentation MK-ultra mind control Morgellons nanotechnology syndrome & remote neural connectivity. I am an artist, inventor, musician, thinker, lover, human being who cares for all humanity & all life. I believe people should endeavor to live in peaceful cooperation rather than brutal waring survival of the most brutal. We live in a forced false-paradigm and I desire to wake people up from the 'trance hypnotic mind control programming' to the 'TRUTH of light and love'! Blessing and peace. Justice to all who suffer under tyranny. Compassion for all beings. May GOD have mercy on us all.
View all posts by Timothytrespas →
This entry was posted in symptoms of implantation remote neural connection and brain control via ELF or Microwave electromagnetic radiation and tagged bio, brain implant, brain mapping, connection, death, depopulation, human experimentation, implants, microwave weapons, Mind Control is HERE NOW and being used on entire population in the USA and abroad. embedded microchip marking of all human assets via bio-nanotechnology is real, possible, and being done to us as we , mk ultra, nano, nanotechnology, neural, nwo, remote, Self-Replicating Carbon Nano-Tubules, sickness, symptoms, torture. Bookmark the permalink.

15 Responses to The experienced symptoms of my torture…. (Die erlebten symptome meiner Folter) (Unsure if you have been targeted? Do you have any of these symptoms?)